Bug continues to cause stink for plant and machinery importers 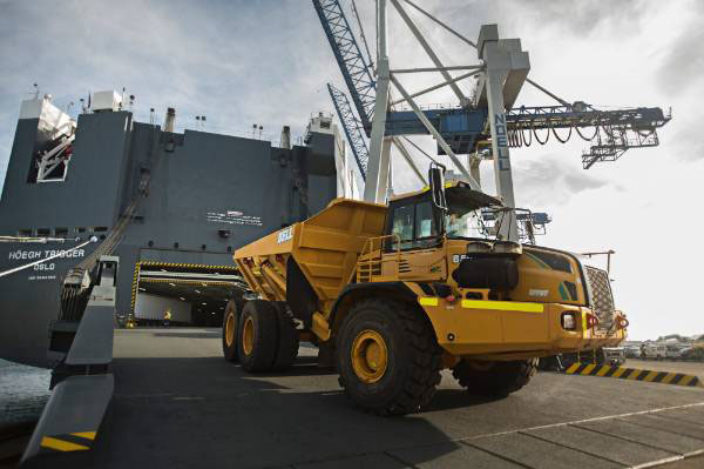 Car and heavy equipment carriers due to arrive in the country have been turned away over the last few months causing delays for importers nationwide.

As a result, the Ministry for Primary Industries (MPI) is proposing to introduce stricter import requirements for vehicles and sea containers.

Why are there disruptions in New Zealand?

The pesky brown marmorated stink bug has spread to the United States and Europe from Asia. Although not established in New Zealand, Biosecurity has caught the bug at the border many times. The bug causes devastating effects on a wide variety of plant species and crops.

Due to the increased risk, any cargo found with the bug are being returned to the country of export. The vehicles and ships then need to be fully treated overseas before being allowed to return.

So far this season (to the end of March), border officers have detected 123 live stink bugs, affecting thousands of cars and heavy machinery bound for New Zealand’s market.

“There’s just a huge blockage of vehicles coming in,” he said.“It is a big delay, because it is a continuous process. It’s not going to be a problem for consumers at this stage. But there’s a serious interruption in the whole channel.”

To reduce the risk of stink bug contamination, the Ministry for Primary Industries (MPI) is proposing plans to introduce stricter import requirements for vehicles and sea containers.

The proposed changes include extending the list of countries that have requirements to treat vehicles, machinery and equipment imports before they arrive in New Zealand. At present, 18 countries have pre-treatment requirements. The proposed new list will increase to 33 countries.

All imported cargo related to vehicles will need to be treated off-shore, including sea containers. In the past, only uncontainerised cargo has required treatment before arrival.

MPI also intends to refine some of the off-shore management requirements under the existing import standard for vehicles.

You can find out more about the plans here.