Here at Partners Finance & Lease we’re big fans of motors, and typically anything that has engines and wheels.

With that in mind we wanted to share some of the latest vehicle releases and updates. Every couple of months we’ll be delivering a round-up of motoring and transport news. 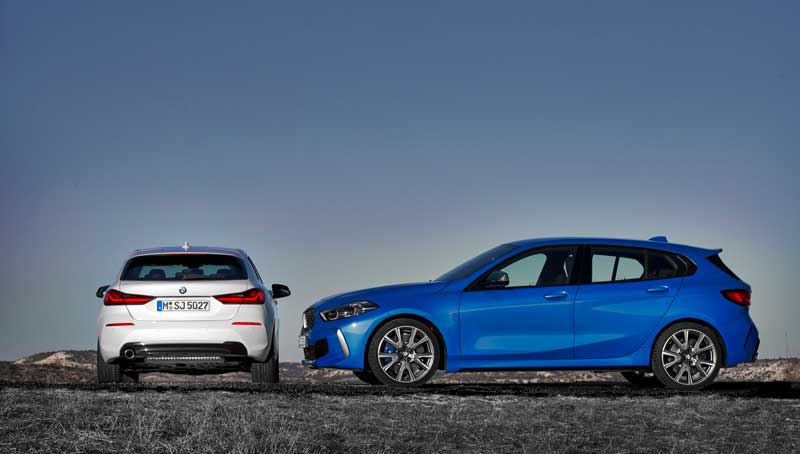 BMW’s new 5-door Series 1 is due to be unveiled on 25th June at the #NEXTGen presentation platform at BMW Welt in Munich.

The new 3rd generation hatchback is significantly different from its outgoing older sibling – primarily because it will be front-wheel drive as opposed to all-wheel drive and available in 5-door only.

What does that mean?

More space. Although it’s shorter than the outgoing model, and the wheelbase has also shrunk, it has grown in width and height which means rear passengers get additional leg and head room. The load compartment capacity of 380 litres is 20 litres up on the outgoing model and electric tailgate operation is offered on the BMW 1 Series for the first time. But FWD isn’t the only drivetrain option for the new 1 Series: there’s also BMW’s xDrive all-wheel-drive for some models. 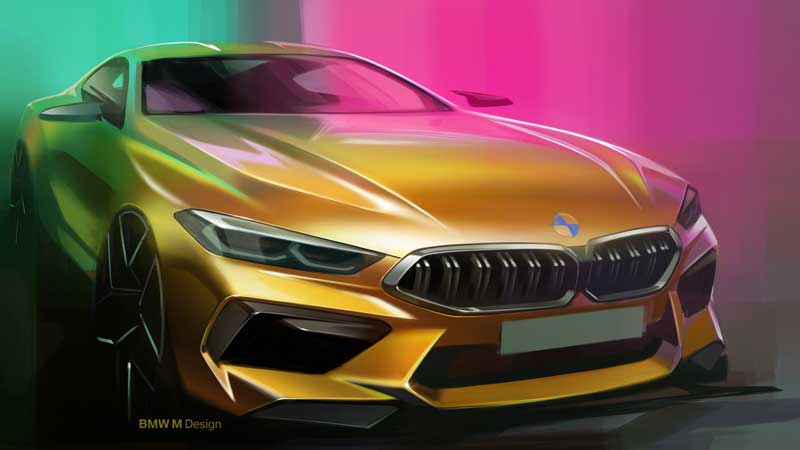 The model-specific chassis technology has been designed and tuned with the specific demands of track use in mind. One of the features of the chassis is a newly developed integrated braking system, an M-specific version of which presents the driver with two different brake pedal feel settings. The new range-topping models from BMW M GmbH will also celebrate their world premieres as part of the Munich BMW Group #NextGen later in June.

And for those of you who love to talk torque…

The new BMW M8 Coupe and new BMW M8 Convertible engine serves up peak torque of 750 Nm (553 lb-ft) between 1,800 and 5,600 rpm – and goes on to deliver maximum output of 441 kW/600 hp at 6,000 rpm, en route to the 7,200 rpm cut-off. According to Motor1… ‘BMW says the coupe will hit 60 mph (97khm) in 3.1 seconds flat, with the droptop being one-tenth of a second slower and competition models one-tenth quicker. Flat out, BMW electronically restrains the M8 to 155 mph (249 kmh), but if you check the optional M Driver’s Package, you can keep going to 190. Those performance metrics place the M8 among the world’s quickest GT cars, besting the Aston Martin Vantage while trailing the Ferrari 812 Superfast by just a few clicks.’

The new 2020 Discovery Sport is the latest addition to the Land Rover range and pushes the boundaries of the premium compact SUV sector with its exterior design and transformed interior with increased stowage and load-space.

Revealed on May 21st 2019, the 5+2 SUV supports electrification with an optional 48-V mild hybrid (MHEV) system alongside 3-cylinder PHEV or three- and four-cylinder Ingenium petrol and diesel engines.

The 2020 Disco Sport is due to be launched later this year.

The BMW family sure have been busy, with MINI also announcing the new John Cooper Works Clubman and Countryman.

In both models, the 4-cylinder turbo engine is combined as standard with a new 8-speed Steptronic sports transmission, including mechanical differential lock on the front axle, an ALL4 all-wheel drive system, and additional reinforcement modifications for the body structure, engine connection and chassis fastenings. Maximum torque has increased by 100 Nm to 450 Nm and acceleration of the Clubman from 0 to 100 km/h in 4.9 seconds, with the Countryman achieving the same in 5.1 seconds.

The 2019 MINI John Cooper Works Clubman and Countryman pricing will be released in late 2019. 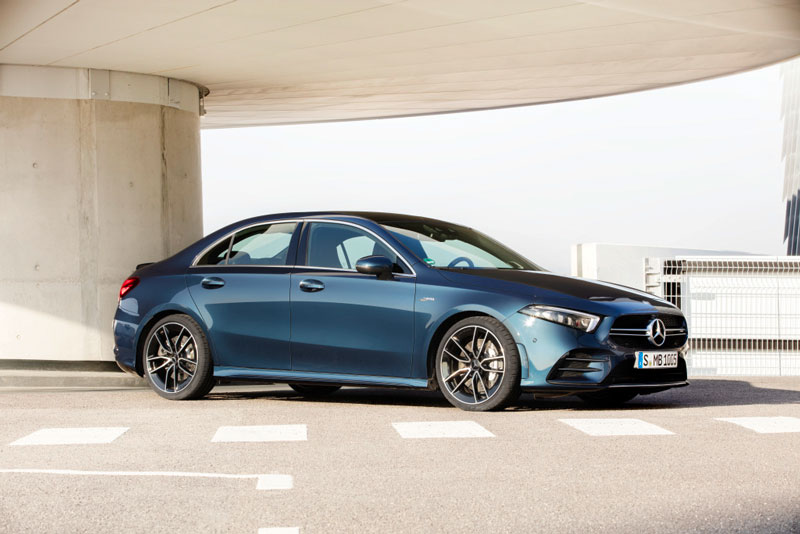 The Mercedes-AMG A 35 4MATIC Saloon is the second model from Mercedes-AMG based on the new compact car platform and the sportiness typical of the brand combined with a comfortable amount of space for passengers and luggage.

Watch this space for arrival and pricing expected to be announced later this year.

The 2020 Outback features Subaru Symmetrical All-Wheel Drive, Active Torque Vectoring, Vehicle Dynamics Control and X-MODE with Hill Descent Control. Standard on all trims is Subaru’s EyeSight Driver Assist Technology that now includes Advanced Adaptive Cruise Control with Lane Centering, which provides steering assist when the vehicle veers outside its lane.  The 2020 model also offers a Front View Monitor, which captures images within the driver’s blind spots in front of the vehicle and displays a 180-degree view on the 11.6-inch display.

The 2020 Subaru Outback is expected to go on sale in New Zealand later next year.

The new Toyota Hiace ZX, which officially launched in New Zealand last month, has already announced a feature update to its new range.

Toyota is to introduce a dual side door ZX panel version of the Hiace later this year in response to customers requesting easier access from both sides and tighter security of a full panel van.

Toyota says it is ‘fast-tracking’ access to the updated model which is due to arrive in New Zealand from September (price to be confirmed nearer the time).

Five new Hiace variants were launched last month joining three previous model Hiace variants and with September’s new Hiace ZX this will bolster the total Hiace range to nine variants. The new Hiace is the only cargo van in New Zealand with a 2019 5 star ANCAP rating, which this new variant will also inherit.

The Ford Ranger and Ranger Raptor now bring Autonomous Emergency Braking (AEB) with Pedestrian Detection as standard across the range, to offer its most comprehensive Driver Assist Technology suite to date.

After introducing AEB as standard on the Ranger Wildtrak in late 2018, the technology has been added as part of a feature update for all Ranger models.

Building on its 5-star ANCAP safety rating (the first pick-up to achieve the rating) the AEB comes with Pedestrian Detection, Lane Keeping Aid, Traffic Sign Recognition and Automatic High Beam. All of which are now standard on every Ranger, from the entry-level Ranger XL cab-chassis through to the Ford Performance Ranger Raptor.

The updated Ford Ranger and Ranger Raptor went on sale in New Zealand Ford dealerships from the 1st of this month (June 2019).

Vehicle finance for you

Looking to update your fleet or purchase a new company vehicle? Give us a call to discuss vehicle finance options tailored to you. Call 0800 727101 or email info@partnersfinance.co.nz