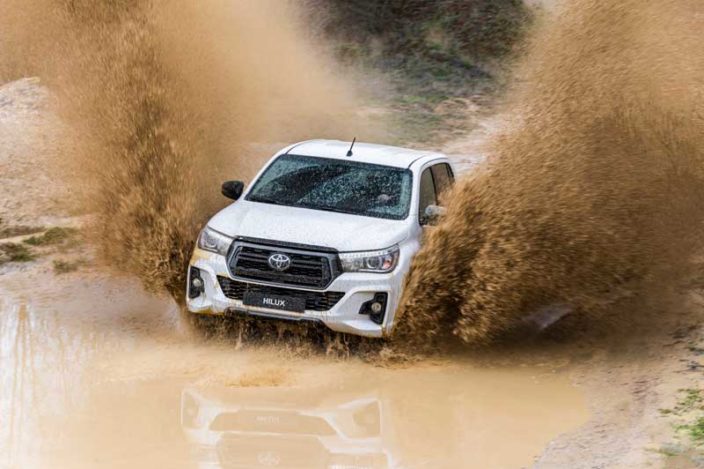 Any guesses which vehicle is getting most online searches?

The Toyota Hilux and Toyota Landcruiser are the most popular searched vehicle according to latest data from TradeMe.

How many searches did the Hilux received in September? 228,000! With its sister the Toyota Landcruiser closely behind with 158,000 searches.

Here’s the complete list of the top 10 most popular vehicles on TradeMe for September:

Trade Me’s Head of Motors Alan Clark said when it came to Auckland it was the smaller, more compact vehicles that were in hot demand.

“Possibly driven by petrol prices and commutes, the most popular vehicle for Aucklanders was the good old Toyota Corolla followed by the Volkswagen Golf.
“We thought the ‘Remuera tractor’ (SUVs) might make an appearance given how many of them are on the streets of Auckland but it looks like economics has won out for Aucklanders.”

Mr Clark said Toyota Corollas are also the number one favourite in Wellington. “The Toyota Corolla has reinvented itself time and time again. They’re an affordable second-hand option for Kiwis and a good size for manoeuvring around the main centres.

“Performance and size are more important out in the regions where the Toyota Hilux took out the top spot across Otago, Waikato, Taranaki, Southland, Bay of Plenty, Manawatu/Whanganui and West Coast. As well as Marlborough, Nelson/Tasman, Northland, Gisborne and Canterbury.”

Hawke’s Bay drivers were the only region to buck the trend with the Ford Ranger topping the charts for the most searched vehicle.

Looking to upgrade your company vehicle, or fleet? Perhaps your vehicle lease is coming to an end?

Read more about your options when your vehicle lease comes to an end here.

Alternatively, click here to apply for a vehicle finance quote.